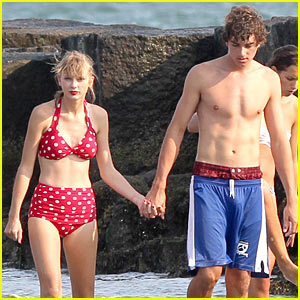 Well, my friends talked to her friends, who talked to my friends, who talked to me, and we now know that Taylor Swift (22) is never, ever, ever-- getting back together with Conor ("Yes he's a") Kennedy (18).  It happened a month ago and was due to "a distance thing."  And just so you know, every time she breaks up with someone, Imma have to quote that song, I'm contractually obliged.  I really thought those kids were gonna make it.

Thanks to my hard working Senior Country-Pop-Crossover-American-Royalty Correspondent in SOUTH (Not North as I mistakenly reported yesterday) Jewsey for this late breaking news tip.
Posted by Nancy Falkow - Mc Bride at 11:46 AM No comments:

Awww, even the parents of reality stars get divorced. Tina and Joe Simpson, parents to Jessica and Ashlee are calling it quits after 34 mo-fo years! (They both look pretty fab, eh?) Joe's  still dealing with his DUI issues from earlier this year and the split is apparently amicable, so, that's that! I really thought those celebrity adjacent kids were gonna make it.

Thanks to my Senior Parent Break-Up Correspondent in North Jewsey for the tip!
Posted by Nancy Falkow - Mc Bride at 11:38 AM No comments:

Harry Potter & the Chamber of Secrets...

After 2 and a half years, Daniel Radcliffe has split from girlfriend Rosie Coker, apparently she was playing with someone else's magic wand or did he cheat on her? I'm sure his money and he will find a new lady friend soon. I really thought those kids were gonna make it.

Thanks to my Senior Wizardry Correspondent in Philadelphia for the tip!

As per the Sydney Morning Herald, reports are in that Russell Crowe has split from his wife of 9 years, musician Danielle Spencer.  The split was supposedly amicable and we can't confirm or deny rumours that the purpose-built chapel at Crowe's farm in Nana Glen, near Coffs Harbour in Australia, where they were married in April, 2003 is currently being transformed into a practice space for his crappy band 30 Odd Foot of Grunts - kill us all.  I really thought those kids were gonna make it.

Thanks to my always on the scene Senior Australian Pugilist Actor Correspondent in Laguna Beach for the early news tip.

Serious round-up here. I could have written about all of these the other day, but I was just too broken up about Danny & Rhea, so here's more very important break-up news for you to digest... Breckin Meyer (star of such hit movies as Road Trip and Garfield) and his wife of almost 11 years, Deborah Kaplan (the other one, not my sister-in-law), have moved to Splittsville.  Hopefully she won't Bash his Franklin too badly in the settlement. 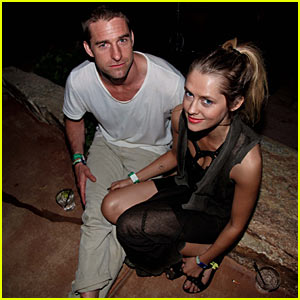 Actors we don't recognize Teresa Palmer (I Am Number Four) and Scott Speedman (Last Resort) split up at the end of the summer. We're sad for these very good looking people. I sure hope that's them in the photo above because I have no idea who they are. Me thinks their hearts will go on. 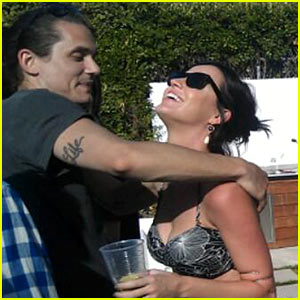 Apparently musicians Katy Perry and Smarmy Mc Doucherson John Mayer were on again and are now off again. I don't feel sorry for either of them do you? Making her 2nd appearance on the ol' blog, new Beverly Hills 90210 star AnnaLynne McCord (25) and Dominic Purcell (42) have ended their relationship of which I know nothing about, I just report the news here people.

11 months after he popped the question in Switzerland, The Bachelor's Ben Flajnik and Courtney Robertson have split. (I've got my hands on my cheeks a la Macauley Culkin's Home Alone Face right now because I had such high hopes for this reality couple of a show with such a low success rate that I don't watch.)

I really thought all these kids were gonna make it, really, I did.
Posted by Nancy Falkow - Mc Bride at 8:32 AM 2 comments:

Love Died Today or Everything is NOT Sunny...

What can we say here at the offices of ITTKWGMI? We are gutted to hear the news that the couple who donned our Facebook page as the couple who were rock solid, are splitting--a moment of silence please for Rhea Perlman and Danny DeVito.  30 years, 3 kids--we salute them.  I really thought those diminutive kids were gonna make it.

Thanks to my Senior Munchkin Correspondent in Haddonfield, NJ for the late breaking newstip. (With reports spilling in from around the globe, thank you all for your crack reporting and to my Senior Pun Correspondent in Philadelphia for pointing out the MOST obvious).
Posted by Nancy Falkow - Mc Bride at 9:57 AM 2 comments:

Lights Out for Elektra... 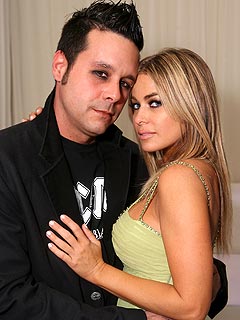 Can a sistah keep a fiance? Carmen Elektra has split from her man, rock guitarist, Rob Patterson. He supposedly moved out months ago and now she's apparently dating Simon Cowell. (We'll see them here soon). ANYWAY, I really thought those exotic kids were gonna make it. 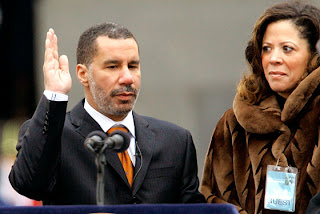 In non-hottie news, Ex-NY Governor David Patterson is splitting from his wife of 19 years Michele.  (For those of you not up on your NY Governor history, he's the guy who took over after the Eliot Spitzer scandel.)  I really thought those kids were gonna make it.

Thanks to my Senior Politician Break-Up Correspondent in Maryland for the crack reporting.
Posted by Nancy Falkow - Mc Bride at 10:23 AM No comments: