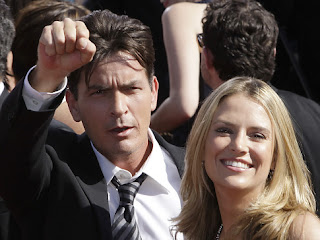 Like we all didn't see this one coming?  Charlie Sheen and Brooke Mueller have filed for divorce. Charlie filed, citing irreconcilable differences and he wants joint custody of the twins, and by twins I mean their 1 year old sons Bob and Max.  I really thought those kids were gonna make it. 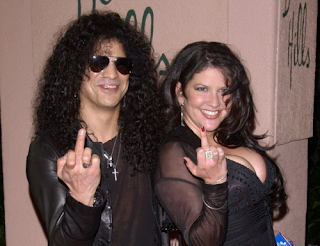 In other news, earlier this year we reported that Slash and his wife Perla Ferrar were splitting. But like the nice Jewish boy that he is, he is choosing to work it out and cancel the petition for separation! You go Slash. Mazel.
Posted by Nancy Falkow - Mc Bride at 6:15 AM