Power actor couple Rachel McAdams (34) and Michael Sheen (44) have called it quits. No official word, but I'm thinking it was the distance - she lived in Canada and he lived between Wales and LA, that's a lot of frequent flyer miles I tells ya, does time travelling count?

Michelle Williams and BF of 1 year Jason Segel are dunzo. Also due to the long distance.

I really thought all these kids were gonna make it yo.

Thanks to my crack team of Senior Actor-Actress Relationship Correspondents in Delgany, North Carolina and NJ for the hot news tips that I ignored until I was finished having a playdate and cooking 3 different dinners.
Posted by Nancy Falkow - Mc Bride at 11:13 AM 4 comments: Links to this post

Cowell to Spend More Time Gazing in the Mirror... Simon Cowell (53) confirmed his split with actress-slash-singer Carmen Elektra (40) and announced he does want a new girlfriend. So roll up, roll up ladies! His highness of the tight black T is accepting applications.
Posted by Nancy Falkow - Mc Bride at 12:48 PM No comments: Links to this post

Just in time for the Oscars, 2 Oscar nominated actors are splitting up. Josh Brolin and Diane Lane are calling it quits after 8 years. No drama, just over. I really thought those A-list kids were gonna make it.

Thanks to my ever watchful Senior Barbara Streisand-Mother-in-Law-Outsiders Relationship Correspondent in NJ for this fresh tip.

I Need a Vacation from my Vacation...

Well I go on vacation and all hell breaks loose!

Ashley Judd and and race-car-guy husband Dario Franchitti are headed to Splitsville after 11 years of marriage  Apparently this is bad news for Senate Minority Leader Mitch McConnell as Judd is considering whether to jump into politics and challenge him in Kentucky in 2014. Go on girl! 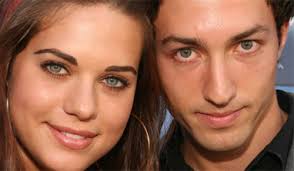 It seems that Nikita star Lyndsy Fonseca (who?) has just filed for divorce from her husband of nearly four years Matt "Not-Smiling-Anymore" Smiley.

Teen Mom 2 "star" (my favourite of the Moms I have to admit) Jenelle Evans and new hubby Courtland Rogers are dunzo after 26 days of marriage. This gal just needs to take care of her kid. Just sayin'.

Model Liberty Ross has filed for divorce from movie director (Snow White And The Huntsman) Rupert Sanders (of the alleged affair with Kristen Stewart). No fairy tale ending here.

I really thought all these kids were gonna make it yo.

Thanks to my tireless Senior Holding Down the Fort Correspondents in NJ and Philadelphia for the newstips!


Posted by Nancy Falkow - Mc Bride at 7:33 AM No comments: Links to this post